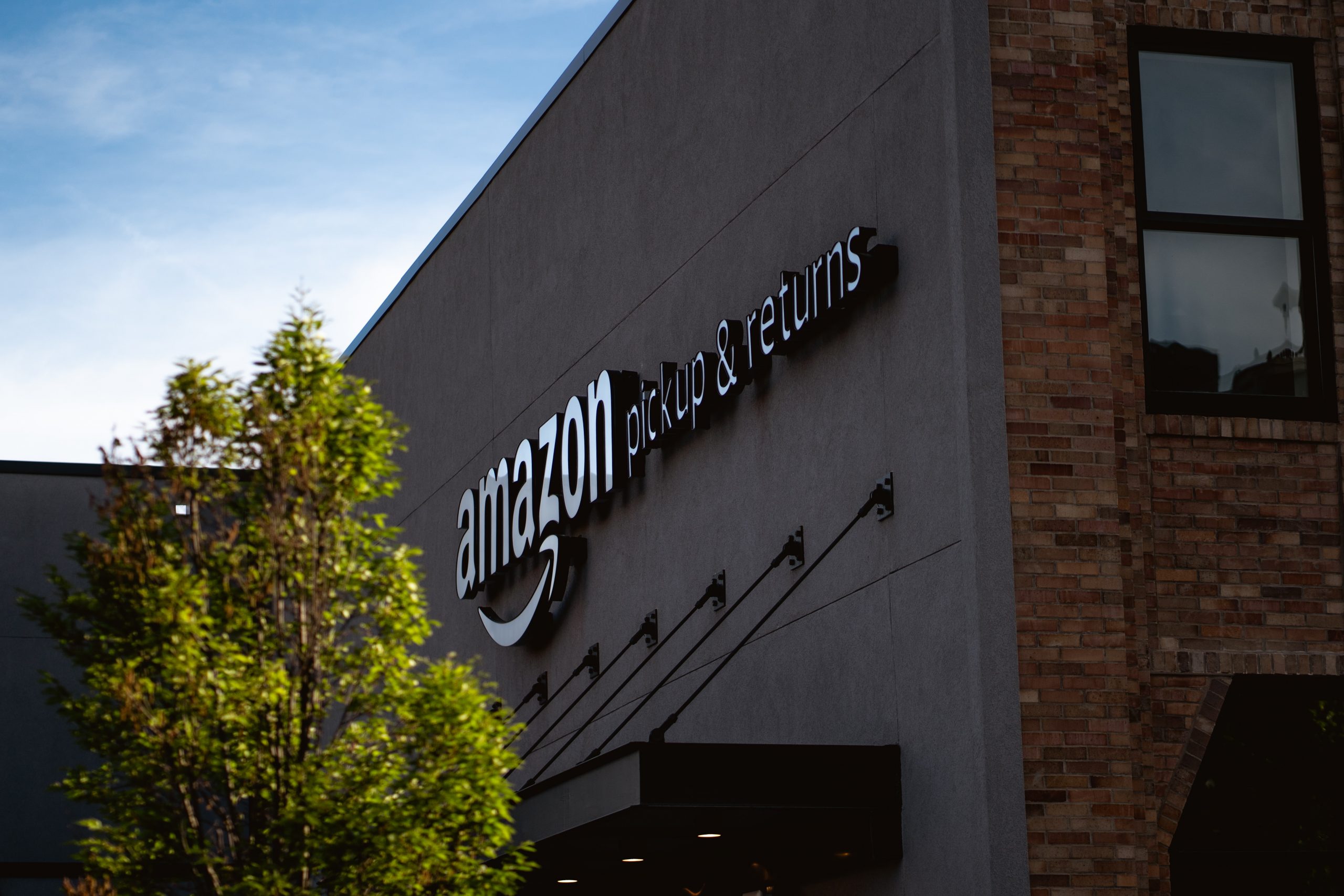 These days, more people associate the word Amazon with the ecommerce trailblazer and not the blazing rainforest.

You’d be hard-pressed to find a person who hasn’t heard of Amazon. The ecommerce titan dominates the online shopping arena in most parts of the world and has truly revolutionized the way the world shops.

But just how big is Amazon? What was Amazon revenue in 2019? How does Amazon make its money and what exactly does it spend it on?

For the answer to all of those questions and more, keep reading these Amazon revenue statistics we’ve laid out for you.

Let’s crunch the numbers to find out just how big Amazon is and how the company continues to shatter its own records time after time, quarter after quarter, and year after year.

We know, we know, you’re wondering what was Amazon revenue in 2019. We’re waiting just as patiently as you are for AMZN 2019 earnings to be reported.

Amazon annual profit statistics are a thing of beauty. While Amazon 2019 revenue reports have yet to be confirmed, the company absolutely smashed it in 2018 and saw massive profits, up $7.1 billion from 2017’s $3 billion profit.

3. Amazon International isn’t all it’s cracked up to be and caused the company a $2.1 billion loss in 2018.

There is no doubt that Amazon is an absolute powerhouse, but it has yet to dominate the international scene. In fact, in 2018 the company lost $2.1 billion of its $65.9 billion in international sales. While this may sound bad, Amazon’s international sector still accounted for 28.3% of its net sales for 2018.

Just in case you aren’t totally sure what this term means, it refers to how efficiently they make use of their employees.

How much revenue Amazon generates from each of its employees.

When you crunch the numbers of the Amazon revenue analysis, it’s easy to do the math. This figure amounts to $26.6 million per hour and $443,112.63 per minute. Wild.

So just where is all of this money coming from?

How much of Amazon’s earnings come from international sales? Which countries earn Amazon the most in sales, and the least?

So many questions! Let’s find out the answers to them.

Americans are Amazon’s biggest fans. Amazon revenue from the USA accounts for $160.15 billion of the company’s overall revenue generated in 2018.

Amazon revenue from North America is said to make up a whopping 61.2% of the company’s overall revenue and generates more than twice the amount that Amazon’s international segment does.

What does Amazon revenue from Europe and Asia look like?

Germany is the biggest non-American territory, while China wonders why Amazon even exists there when it has Alibaba. In fact, Amazon takes up only 0.6% of China’s ecommerce scene.

A staggering nine out of ten British shoppers make use of Amazon. And if that fact alone isn’t impressive enough, 15 million people in the UK are signed up to Amazon Prime. These are just the people who have their own subscription. An additional 13% of Brits share Amazon Prime accounts.

To counterbalance the bad luck Amazon has had in China, its success in India was an unexpected, yet welcome, surprise. Amazon India currently holds 30% of the market and is worth $16 billion.

It’s fair to say that Amazon makes a ton of money. But just how does the company go about spending it?

If you’re under the impression that Jeff Bezos is living it up on private jets and buying real estate like we buy groceries, you’d be right.

But that’s what Amazon’s founder spends his money on; the company itself spends its revenue in a very different way.

11. Amazon spends more on shipping than the GDP of 100 countries in the world.

In 2018 alone, Amazon shipping spendings exceeded the $27 billion mark. That’s more than the GDP of 100 countries in the world. The figure has been increasing on a yearly basis. And this won’t change anytime soon, as same-day delivery is part of the company’s long term growth strategy..

Amazon marketing spendings for Q3 2019 are eye-watering. The company spent over close to $13 million on marketing. Now, we have to point out that not every penny of that went towards marketing channels, as the figure includes the payroll for marketing team members.

It should come as no surprise that Amazon spends massively on the research and development of new & existing products and services. The company has stated that this amount will increase as they add more technology infrastructure and employees.

14. Amazon advertising spendings in the US alone are $4.47 billion.

What’s more, this is almost double the amount that the company spent on advertising in 2017, which was $2.4 billion. The company advertises through a variety of channels but places a large focus on television and radio ads.

Cost of sales refers to the price it costs the company to purchase consumer goods, packaging supplies, equipment costs, and more. Amazon dropped over $111.5 million on cost of sales in the third quarter of 2019.

We now know how much money Amazon makes and what the company spends it on. So, all that’s left is to find out where this money comes from in the first place.

Amazon has its fingers in many pies.

Let’s find out what they are by taking a look at this Amazon revenue breakdown.

While other Amazon segments are growing at impressive rates, retail remains the company’s number one revenue driver. The revenue for 2018 is comprised of the $123 billion generated by online store sales and the $17.2 billion that physical store sales brought in.

In 2018, Amazon AWS revenue growth was unprecedented. AWS is one of Amazon’s strongest segments, and the $25.66 billion in net sales speak to this. Further year-on-year growth of 35% is expected.

18. 68.7 million US households are expected to have Amazon Prime subscriptions by the end of the year.

19. At $3.6 billion, Amazon ad revenue is the company’s fastest-growing segment.

Ad revenue increased by 45% in the third quarter of 2019 alone. While today it might not fill the company coffers as much as other segments do, it’s growth is quite remarkable.

20. Revenue generated by Alexa missed its target by $4.1 million.

Amazon Alexa revenue stats are in a league of its own, and not in a good way. Revenue generated by Alexa skills was expected to reach $5.5 million in the first half of 2019 but only managed to generate $1.4 million.

The Amazon revenue statistics we’ve shared with you so far show the company has clearly done extremely well for itself. But will it continue to do so? Or is the novelty of online shopping wearing off?

21. AWS is the fourth most valuable company in the world.

Valued at $550 billion, AWS has earned its spurs as one of the most valuable companies in the world, alongside names like Microsoft, Apple, and Alphabet. So, Amazon cloud revenue alone could keep the company afloat if one day people decide to shop elsewhere.

22. Amazon Prime has 156 million subscribers around the world.

Back in 2018, Jeff Bazos talked numbers for the first time and revealed that Amazon Prime has 100 million subscribers around the world. But experts are confident the number is now closer to 156 million. In US, the Amazon website receives 20.6 million visits per month and continues to grow.

23. At a 19% jump from last year’s gross merchandise volume figures, Amazon’s growth is slowing down.

We can’t help but wonder what they’ll do to change this. Or can we?

24. Amazon is set to enter the $400 billion US pharmacy market

With Amazon’s recent acquisition of PillPack, it’s clear that the company is preparing to take over the massively lucrative billion pharmacy market within the US. It will likely achieve this within the next four years.

…But almost double that amount in robots are employed! In 2018, Amazon had just under half a million human employees and 1 million robot employees. And even though the Amazon revenue growth rate is slowing down, the company plans to hire more employees – be them human or robot.

These Amazon revenue statistics are enough to make anyone wish they were Jeff Bezos and came up with the idea themselves.

What did you think of these Amazon stats? We find them nothing short of amazing! Leave us your thoughts in the comments section down below.